And The Pain Is Thunder (Yeah, Yeah)

Between 1983 and 1984, my sister and I absolutely hated each other. The bully borrowed my clothes without asking me first, she was popular in school and she got all the attention from my parents that I, the first-born straight “A” student-perfect child, didn’t get. All our “conversations” ended in name calling, mostly from her part, and crying, mostly from mine.


One day, as I was right in the middle of recreating the Flashdance “Maniac” dance routine, I looked out from my window and saw my sister and cousin heading towards the tennis court. Great. It was going to take them a while to smoke that joint. I ran downstairs and into her bedroom. I looked frantically through her closet, rescued a few of my outfits and headed for her record collection. I quickly thumbed through them and came across my Quadrophenia, In the City and Sandinista albums. My blood started to boil but I calmed down before blowing my top. I was on a mission. I continued thumbing through her records and finally! There it was nestled between the bitch’s Face Value and The Romantics. I took what I was looking for, along with all my albums and clothes, and darted out. On my way down the stairs I thought of something. I went back, quickly searched through the vinyl, found the Madonna and then hid it between her mattresses. Ha! Celebrate that wench! 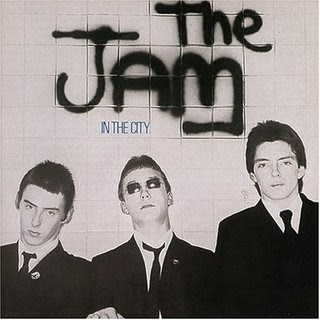 I was probably the only teenager in the world that didn’t own that album. How could I? I thought I was too cool and so close to convincing my parents to buy me a Vespa. A cool chick on a cool scooter doesn’t listen to pop for the masses. I just couldn’t fathom it having a place among all The English Beat, Stooges and Velvet Underground. No way. It would be a travesty.
I was only interested in one song: Track No. 1, “Wanna Be Startin’ Somethin’.” I adjusted my leg warmers, Spandex leotard and headband, then carefully lowered the needle. Ah, there it was. That opening synthesizer snare ushering the beginning of my brilliant, improvised routine. Suddenly, I was no longer me, but a version of Jennifer Beals, dancing euphorically across my room, hanging off my ballet bar, pirouetting, leaping into the air, falling into a trance and getting down to the chorus… "Mama-se, mama-sa, mama-coo-sa… Mama-se, mama-sa, mama-coo-sa "…Then, screeeeeeeech… followed by silence. Fuck. I had forgotten to lock the door.


We stared each other down as she put the album back in its sleeve. Her face was blank. I held back tears. This was so unfair. I had to do something. As she was walking out the door I did the only thing I could think of. I jumped her from behind and grabbed her by her black curls. She put her hand on mine and twisted around to face me as she reached for my Sun-In-bleached head. She dropped the album and, on the third try, she was able to grab of a big chunk of my orange mane. “Let go of me bitch!” “No, you let go of me first, wench!” Let go. Let go. Let gooooo!
My grandma must have heard us screaming because she showed up on the scene armed with a broom. (Note: Mexican grandmas settle disputes with wooden domestic artifacts.) She ordered us to let go of each other but we just pulled harder and harder going at each other like rabid dogs, the momentum pulling us across the hallway as we spun around and my grandma smacked us over and over with the broom, trying to separate us. She released me first (ha!), then I. We handed our grandma each other’s chunks of hair, she confiscated the album and sent us to our rooms until we were ready to apologize. 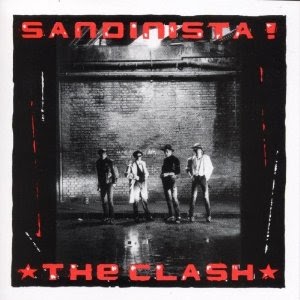 The next day I gave in and bought my own Thriller. Michael Jackson’s music taught me that being cool means nothing. The only thing that really matters is how the music makes you feel. My musical taste has broadened quite a bit since then. I hated AC/DC and now I go crazy when I hear one of their songs.  Neil Diamond was an old dude that my mom loved, now I choke up when I hear “Love on the rocks / Aint no surprise / Just Pour me a drink / And I'll tell you some lies…” Time changes a lot of things, doesn’t it?
Oh and by the way, I never got a Vespa and since 1985 my sister and I, for the most part, have been the best of friends. She also remains hopelessly devoted to Michael.
Posted by dizzydent at 3:31 PM

Email ThisBlogThis!Share to TwitterShare to FacebookShare to Pinterest
Labels: music