Where I get it from. 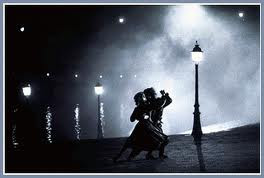 I don’t come from a long line of artists and filmmakers.  My maternal grandmother liked to make crafts, sew and loved fashion, but that’s about it. My mother was an opera singer who gave it all up to have babies, which is what she wanted most in the whole world.  My sister loves the arts, but has no artistic talent whatsoever. (She’s still waiting for it to surface. She’s sure it will come.) And my brother could not care less.  He even has bad taste in movies.
When I asked my mom and grandma where I got it from, they said, “Your grandpa of course.” Of course.  It wasn’t until recently that I started thinking about this.  He loved movies. Any movie. From the old Mexican melodramas to the most obscure European arthouse oeuvre.  Whenever I mentioned a Fellini or a classic Western to my mom and grandma, they’d say, “Yup. Seen it. We had to go with your grandpa. He was always dragging us to see all these weird movies.”  Funny that these weird, obscure movies made their way into a small mining town in Mexico.
My grandpa was also obsessed with shooting Super 8 movies of the family, especially when we went on vacation.  I got to see myself as a 5 year old, frolicking in San Felipe against the back drop of amazing Baja sunsets.  Sadly, we lost those family treasures in the fire. He also collected camera equipment and he gave me my first 35mm camera with a telephoto lens that was bigger than I was at the time.  He had a darkroom and he taught me to make prints before I even took a photography class in high school.
He also loved dancing. He actually met my grandma at a dance hall. What she was doing there, I have no idea. She hated dancing.  She recalled seeing my grandpa doing the lindy hop, throwing girls over his head and under his legs and thinking there was no way he was going to do that to her. He didn’t.
Most of all, he loved Hollywood musicals.
I think I was about 9 when I visited him at his house in Ensenada.  My grandma and he had just split up and it felt weird to visit him under the circumstances.  We (the grandkids) had spent most of our childhood with them.  They took us everywhere and they made our childhood great in every possible way and now it wasn’t great anymore.  I felt resentment towards him and I really didn’t want to be there.  He opened the refrigerator door, pointed at a huge piece of beef and said, “I’m going to cook you a t-bone steak.” I wondered why he thought I was into t-bone steaks.  I figured it was because I was getting chunky.  “Do you want to watch a movie?” he asked. I nodded.  He took out a VHS tape and shoved it into the player.  It was the documentary chronicling MGM’s 50 years of musicals: That’s Entertainment. He was so into it. I wound up watching that documentary and Part II every single time I visited, and those images of those people doing amazing dances were ingrained in my mind. I think that’s where my love for dance began.

The Wizard of Oz (Victor Fleming/1939)
The best scene wasn't even in the movie. And now Youtube is not letting me embed.

Royal Wedding (Stanley Donen/1951)
Hat Rack Dance
I could watch Fred Astaire dance all day and night, with no water and no food.

The Band Wagon (Vincente Minnelli/1953)
Cyd and Fred do it on the dance floor.

This sequence made me understand what sex was about even though I didn't know it then.

As was everyone else in the world, all the kids in my neighborhood were obsessed with Fever.  We got together almost every evening and danced disco at the disco; a neighbor’s empty garage. Her parents hung a disco ball, set up a stereo and that’s where you could find us the Summer of 1978.  One day it was decided that we would have a competition and that each pair would dance one song from the album. The adults would be the judges. My cousin Aaron and I were the best dancers and we knew it. Everyone knew it. So those bitches gave us "How Deep is Your Love," a slow dance.  We had not choreographed a routine for a slow song. “Staying Alive,” “You Should Be Dancing,” those were our songs! They gave us the last spot and we waited.  I don’t know how we did it, but we got on that dance floor and made up an awesome dance on the spot.  It was flawless.  Everyone was blown away and they had no choice but to give us the win.


Flashdance (Adrian Lyne/1983)
This movie turned me into a dancing maniac. I was already taking ballet and jazz lessons, but I liked to recreate the Maniac sequence every day, for a whole year.  Yes, that's what I did in private in my room. Smoking pot and drinking came a couple of years later.

Funny Face (Stanley Donen/1957)
I saw this movie again during my nihilistic-existential phase. I wore nothing but black turtlenecks and skinny black pants for two years.

Summer Stock (Charles Walters/1950)
"Get Happy"
I love this woman. I may be a gay man in a woman's body.


There are excesses in The Conformist, but they are balanced by scenes of unusual beauty and vitality.  It has been suggested out that the film has a flaw; that every shot is a visual delight of settings and sights that overwhelm the narrative. This is not so. The film's style, both in movement and design, is symbolic of Fascism's rise and fall and therefore critical to the narrative.  Bertolucci avoids standard cinematic grammar, shirking dissolves, track-ins, voiceovers or other motifs that would traditionally indicate a flashback is about to occur. It certainly works to keep the audience from settling into a conventional story, but it also portrays something more profound.
Check out this absolutely marvelous sequence in a Parisian dance hall in which Anna and Marcello's wife dance a funny, more or less sapphic, tango.


Romy and Michele's High School Reunion (David Mirkin/1997)
This is the dance I'd make my wedding party do. If I ever got married. Which I won't. But I'm just saying.

Band of Outsiders (Jean Luc Godard/1964)
This is it. This is the coolest. This is my favorite dance sequence. I even paid homage to it in my latest short (in post).

Shall We Dansu (Masayuki Suo/1996)
My love affair with Koji Yakusho began with this hilarious movie.

About six years ago, I went on a second date to a salsa nightclub.  My date (who is now my friend and you will see why), a Latino man that acts whiter than a hummus-loving Banksy fan, fancied himself a first-rate salsa dancer.  (Actually, all Latino men think they can dance salsa.) He pulled me into the dance floor and it didn’t take very long for me to conclude that he did not know how to dance. But he thought he did and very well.  So I did what any dumb woman in her wrong mind would do. I started to lead. The whole affair quickly escalated into a bloodless UHF fight set to afro-caribbean beats.  He finally gave up and when I looked at his face, I knew our romantic association was over before it even began.  So, the scene below is very close to my heart because it's the story of my life. I have to lead.

Email ThisBlogThis!Share to TwitterShare to FacebookShare to Pinterest
Labels: dance in film

This is wonderful post. I appreciate learning more about you, and the time you took to insert all these dance sequences. It's only a minor disappointment you didn't include Pee Wee Herman's "Tequila" from Pee Wee's Big Adventure. ;-)

Thank you. OMG, it took forever to find them and then have to insert them. I think I spent a total of 7 hours on this post.

I posted in the wrong place, I repost here as well.

Great material for a script here...European style. The meeting with grandpa is poignant: show the topical and be universal.