Production Journal (Prequel): The promise of something great. 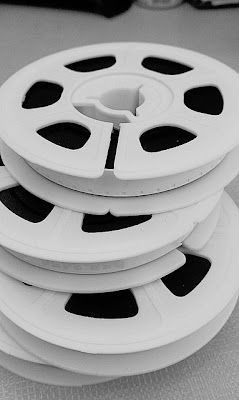 What a relief. I just received my processed super 8 film. Safe and sound. One less thing to be anxious about.


Now I have to deal with the anticipation and the excitement. What exactly did I capture on film? I won’t know until Saturday when I telecine. The wait is killing me, but I must be a masochist because it’s also exhilarating. I guess this is why I love shooting film and not video. With video, it’s right there in front of you. There are no surprises. You know pretty much what you’re getting.

It seems I’m always trying to relive the moment when I made my first print in the darkroom. Sliding the piece of paper in the tray filled with Dektol and seeing the image slowly appear was one of the most exciting moments of my life.

Perhaps I cling to film because it has always had within it the promise of something great. So I will continue to shoot film until they take it away from me.


“You want to make a film? Steal a camera, steal film stock, sneak in to a lab and do it." - Werner Herzog, from Werner Herzog Eats His Shoe
Posted by dizzydent at 2:00 PM