Production Journal: Toñita Runs Away (Magic is a bitch.) 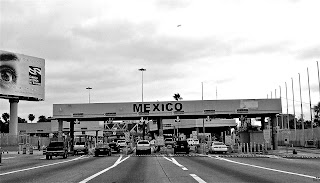 I’m dying with anticipation.  The film lab just called to let me know my hard drive is ready for pick up.  I’ve only shot super 16mm before and have always supervised the telecine transfer.  This is the first time I’m not present during the transfer because it’s super 8.  It’s a magical moment akin to seeing the image appear as soon as you submerge the photographic paper in the Dektol.  Except there’s a lot of relief involved too.  When you shoot film you have to trust you got the shot and hope for the best.  You can’t have magic without the fear of failure.  There’s no magic in shooting video.

I did a lot of hoping for the best this past weekend while running around from location to location under the hot sun with a posse of children and only my assistant director to help me.  With a few exceptions, I’ve always been lucky with the quality of my crew.  The good ones are worth several people and this was no exception.  She had never been involved in a film shoot, but she’s a really bossy lady and as a result a natural born AD.  She’s screwed because now that I know what she’s capable of, I will be calling upon her again and again.  She repeatedly said she had no idea filmmaking was so grueling but that she would help me again. 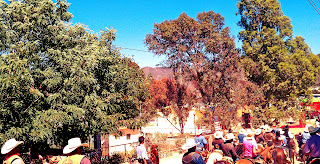 We only shot six hours but it felt like three days.  (Take note: working with kids will do that.)  It’s a different dynamic that feels like you’re walking on a mine field.  One moment they’re into it and the next they’re whining that they’re tired and want to go home.  They can shut down any minute and, if they do, you’re fucked.  One of them wanted to take over the direction and kept on telling me what to do. He also wanted the starring role.  And while we were shooting the opening sequence one of the little girls kept on asking when SHE was going to be in the scene. Actors. 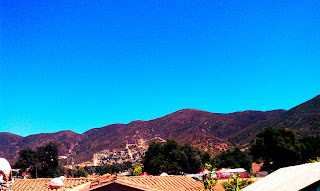 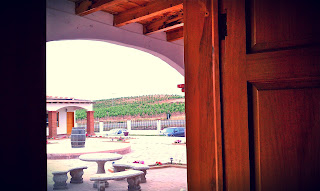 Trained actors know the language.  It’s easier to communicate.  With non-professionals you constantly have to think of ways to make them understand what you want and how to deliver it.  It’s difficult and you can’t let it get to you.  I did a few times and I deeply regret it.  The crazy, amazing thing is that as the shoot progressed, the cast began to understand the process and language of filmmaking.  They eventually started to deliver and, most importantly, to ask questions.  They became engaged and it was wonderful to experience.    ﻿

The stars: Caro and Chunga 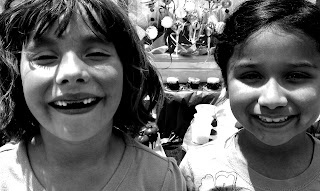 Towards the end, it was mostly method acting.  The characters were supposed to be tired, thirsty, hot and fed up.  They were.  I was surprised that it was the younger cast members who had an easier time performing.  The teenage kids were incredibly self-conscious and it was a battle to get them to deliver one single emotion in a close up.  I fired the oldest one after I yelled at him in front of everybody.  Later he told a third party that I was a bad director because I couldn’t make him do what I wanted.  He’s right.  I cast him.  Ninety percent of directing is casting.  I should have worked it out instead of losing my patience.  It was a hard lesson to learn, but I will never forget it. 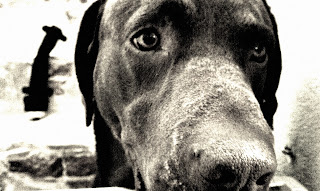 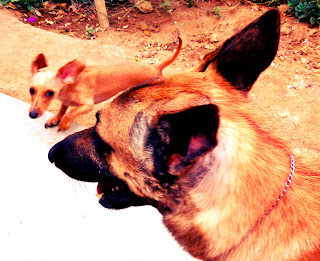 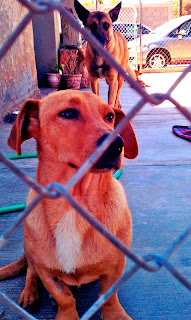 As I anticipated, I didn’t need a script.  I had to go off the outline a few times because of location needs and certain opportunities that presented themselves.  It turned out that the town (San Antonio de las Minas) was celebrating their yearly celebration, or Fiestas Patronales.  The main event was the rodeo which happened to be just up the road from where I was staying.  I rewrote my ending and set it at the rodeo.  I hope none of the cowboys or horses looked into the camera.  It was weird, but no one in the tiny town seemed to care that we were running around shooting.  It was as if we weren’t even there.﻿ 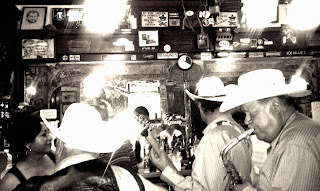 It was stressful and it was a blast.  Mistakes were made.  By me.  When I went to the lab on Tuesday I noticed one of the cartridges was color film.  What the fuck.  I was handed color film and I didn’t even notice it.  No biggie. Desaturation is easy.  However, the first roll was not exposed to the end and I have no idea what happened.  Obviously the camera was working because the other rolls were exposed but I just don’t remember.  I may be missing shots and that’s a big fuck up.  I just hope they’re not crucial shots and I can rework it in the editing. 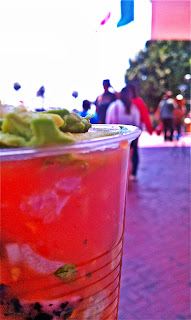 Tomorrow morning I pick up my footage and I won’t know what I have until I get home from work.  I’m anxious, excited and afraid.  I put myself in this situation.  Good or bad, it’s still magic.  And there’s no growth without pain. Right?

Ginormous Jesus on my way home. 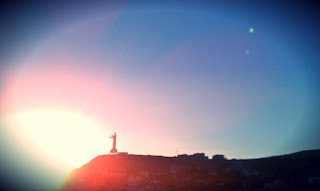 * The messed up font wasn't my idea. Blogger sucks that's all.
Posted by dizzydent at 4:05 PM