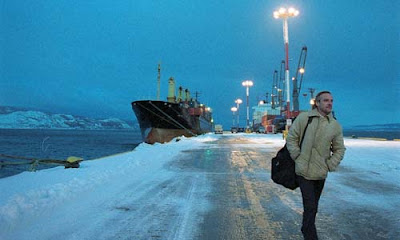 What has been called “The New Argentine Cinema” emerged in the late 1990s and it was the economic problems that culminated in the collapse of 2001 that inspired a this new generation of filmmakers. This was a period of mass unemployment, the loss of savings for millions, with a third of the population plunged into poverty, yet it became a catalyst for film making, proving once more that Argentine cinema thrives in adversity.
The new wave of films cannot be considered a movement because it does not fit a defined set of values and is not aesthetically uniform. Its vitality comes from diversity and different approaches; the films share what a country suffered, the spirit of a generation, the methods of production, the personal imprint of the author, the shunning of rhetoric and the concern for identity.  However, it’s actually much simpler to consider what distinguishes them than what they might share in common. These filmmakers hail from different regions of Argentina, set their films in different milieu and examine different themes, although they can all be loosely tied together by Argentina’s recent social, economic and political history.  Society and cinema are inextricably linked in Argentina. These filmmakers hold up a mirror to society and have found a more authentic way to present social problems, without considering tradition and the prevailing magic realism as the sine qua non of cinematographic production. 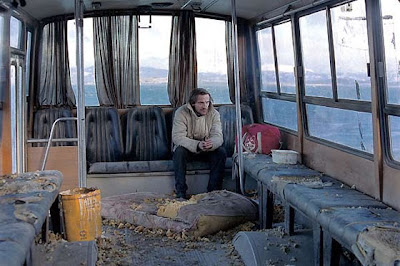 Bitter cold Liverpool, the latest study in solitude from one of the world's most naturally talented filmmakers, is the road movie at its sparest and most down-to-earth. Lisandro Alonso (La Libertad,  Los Muertos) continues his narrative interest in the lives of loners and develops his stylistically minimalist approach into an accomplished and accessible film. A key figure of New Argentine Cinema and one of the few living directors whose filmography represents a kind of sub-genre, Alonso takes the techniques of observational cinema and invests them with insight and emotion, elevating his austere, meditative style to poetic, provocative new heights.
The story is straightforward if opaque, and expertly revealed. Taking its time to rouse itself, Liverpool begins with a massive freighter somewhere at sea and long takes sketching out an existence lived mainly below decks.  The ship pulls into a harbor in southern Argentina and Farrel (Juan Fernandez), a taciturn, middle-aged sailor, asks the captain for permission to go ashore. He wants to return to his birthplace and see if his mother is still alive. He arms himself with a duffel bag and a vodka bottle, hops ashore and spends an evening in town eating a meal, visiting a strip club, and sleeping it off.  With a head full of dark memories, the downtrodden protagonist then embarks on foot across the endless snow of deepest Tierra del Fuego, hitching a ride on a log truck, until he eventually reaches a small, isolated settlement centered around a sawmill and an austere canteen. He spends the night in an open hut, and in the morning, he’s brought indoors by an elderly man called Trujillo (Nieves Cabrera) who warns Farrel that he’s been forgotten after all his years away, including by his mother. The shriveled, bedridden old lady has no idea who Farrel is and apparently, he’s not welcome in town. The only person who shows some apparent interest in his presence is Analia (Giselle Irrazabal), a young woman with learning difficulties who is the daughter that Farrel has never met. 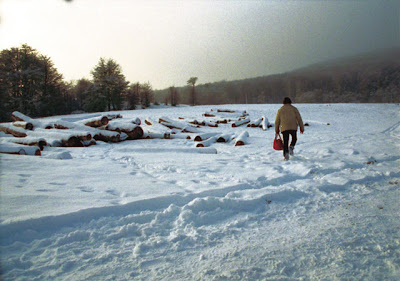 From the opening sequences of Farrel's ship and the port environs, to the spectacular harshness of his destination, Alonso's anti-dramatic, location-driven filmmaking is meticulous in mapping the sights and sounds of the landscape and interiors alike with precise matter-of-factness. Farrel's fondness for drink becomes something of a running joke, but the allusion is that this has taken its toll along the way, as has his prolonged absence from any kind of family life. But all is suggestion, not statement, in this restrained and brilliantly paced journey into the past. Spatiality governs and informs Liverpool.  Interior spaces contrast against vast expanses of nature (both literal, and simulated). Small ship compartments, small households, feebly contain the thoughts otherwise emptied into wintry landscapes. Alonso places his camera to capture them all, large and small, thereby expressing the home one escapes and returns to, and the wandered distance between Liverpool and Ushuaia, the southernmost town of Argentina.
Liverpool's beautifully articulated images tell the story through accumulation, not narration.  Dark long-eared rabbits in the snow.  Snowcapped mountain ranges. Farrel sitting alone at a long red table set against a green wall.  Farrel’s eyebrows raising in bemused disbelief when Analia asks him for money and what her request tells him. Farrel scraping the snow from a frozen pole to find a carving from the past. Analia carving something on a tree trunk. In Liverpool, the longing to remember and to be remembered is so intense grief wins over desire. Movement becomes the only available fulfillment and memory itself becomes the effort at remembering. 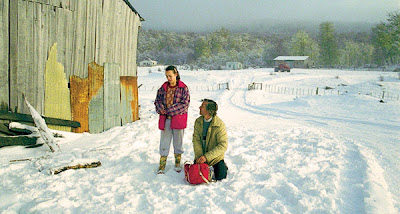 Farrel is a man of complex psychology who struggles with the social order - one more instantiation of the Fordian hero. Alonso does not explain his characters, because he's not interested in judging them. He just observes them and uses editing to force the viewer to decipher the sensations of the film, what the protagonist gets from the world he lives in, his submission, his loneliness, his lack of motivation and his lack of hope that something might change, that his life might be different, that he might have the possibility of relating to someone, what goes on in his head full of dark, blurred memories and hangovers.
In the extraordinary and original final minutes, as Farrel wanders away from the small mountain village where he has traveled to, the film continues without him and Alonso stays behind, turning his camera on the people Farrel long ago abandoned. The final shot of Analia holding a small keepsake, is multivalent and intensely satisfying. With an unknowable protagonist and an enigmatic outcome, Liverpool will be a guaranteed turn-off for most viewers. However, for those who seek unique cinema, the film offers stark and lofty pleasures. There's something very special about having someone behind the camera who gives himself to the people in the dark behind the fourth wall. Alonso proves that, like his hero, he knows the road he means to take and he determinedly follows it all the way.

Posted by dizzydent at 8:44 PM

i think i love you.

Ok. When do you think you'll make up your mind?