Contest vs. Coverage: A Perspective

Within the last few days I won a contest and was notified that I’m a finalist in another. Still, my contest anxiety continues. It started about a month before the Nicholl deadline. Because of unforeseen vet costs, I found myself having to look closely at my finances to try to decide which contests to enter. Somehow, I couldn’t shake the thought that I was just throwing money away, and, at this time, I just could not afford to do that. It didn’t help that I resorted to basic arithmetic and figured out the odds at Nicholl. (Number of Quarterfinalists divided by total number of entries equals five percent.)


Prior to this year, I haven’t really felt I’ve had a good enough script to line a birdcage, let alone enter contests. Well, I did enter Slamdance twice. The first time was many years ago when they were still using typewriters to type their coverage. I don’t recall much about the coverage I received except for two things:

1. You certainly have a knack for creating unique characters.

The second time was about three years ago with a script that I thought was more clever and funnier than Sasha Baron Cohen and Ricky Gervais combined. I was sure the Slamdance reader was going to be blown away, that the coverage would be nothing but praise, and that I was going to be a finalist. I was more wrong than a Jimmy Dean Chocolate Chip Pancake & Sausage on a Stick dipped in Baconnaise.

I went online, retrieved my coverage and read it once. It sent me into a state of catatonia that prevented me from writing anything for months. One sentence was, and has forever been, ingrained in my mind:

Re protag: “… the weak, empty, emotionless character that is Franny, who fails to have an arc, and who, as the pages wind down, becomes more and more passive, until she is a mere reactor to events.”

Months later I read the trauma-inducing coverage again. I failed to notice the good comments, praise, and suggestions on how to fix the script the first time around. The script is funny and not all that bad, but it didn’t matter. The only thing that made an impression on me was THAT sentence. It made me take notice that without emotional connection (the STORY!) to the audience, the clever dialogue and the unique characters added up to nothing. The lesson was priceless and I’ve been trying to get in touch with my emotional side since then. Hence, the puppy.

Which brings me to one month ago. Staring at my online bank statement and hoping my balance would increase by the simple process of logging out and logging back in, I realized that I could not continue to think I was a smart person if I sent out the script without getting a professional opinion. I did the math, bought a 30 lb. bag of my dog’s fancy dog food and convinced myself that I could live on the bagels and donuts provided by my employer every Friday for the next two weeks. I picked a reader that listed Wong Kar Wai’s In the Mood for Love as a favorite movie (He’ll get me, I thought.) and submitted my screenplay for coverage.


This particular sentence has gnawed at me:


“While the basic concept, as described above, works well, this concept is not integrated into the story and structure on a professional level in this draft.”

I have to get to that professional level to attain my dream of being a working screenwriter so that I can stay home with my dog. Isn’t that what most of us want?


I rewrote as much as I could stomach but not as much as I should have and sent it to Nicholl and the other contest in which I am a finalist. The screenplay is better, but I’m still struggling with the rewrite. I’m stubborn, and I really need to stop watching those foreign art house films I love so much.

It’s great if you know writers and have friends willing to read your scripts for free and give you feedback. Still, if they are not working in the industry as writers, story analysts, producers, agents, etc., the feedback is not going to include the realities of the business. They don’t know what the fuck the Grid is. And, given this post , you better believe the FUCKING GRID is important.

Of course, you can choose to spend your money however you want. What I’m trying to say is: getting coverage before you submit (anywhere!) will save you money in the long run and given the odds, at least you’ll get something valuable in return. Knowledge. In contests, unless you make the cut, you are pretty much left in the dark.

I hope sharing my experience with you has been helpful. Please feel free to share yours. 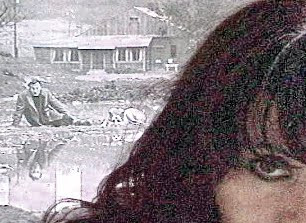 Posted by dizzydent at 5:12 PM

Hi Brendon. I'm glad it was helpful. Make sure you do some research on the coverage services and that they have sample coverage on their site. It helps if they have profiles on their readers and that you are able to pick one with similar sensibilities to yours. More expensive doesn't necessarily mean better. Cheers.