Moviemaking without actors and accepting you might be a little retarded 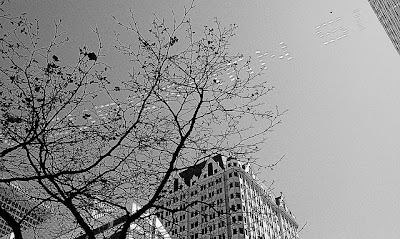 For me, as I imagine for most filmmakers, the hardest and most frustrating part of making films is getting actors and crew members to commit to showing up and then actually getting them to show up. 99% of people are flakes and they will leave you stranded if they have something they’d rather do than work on your film. It’s scary. I don’t stop stressing over this until everyone is on location. If this was an easier process, we would probably make more films more often. And then there’s the money issue.


Since I want to be making films all the time, I need to come up with new and creative ways to work with my resources, but also to expand them. I’ve wanted to learn how to animate for a long time. I have lots of ideas that are just sitting there because I can’t execute them. Also, classes and software are expensive. New knowledge doesn’t come easily.

A few years ago I signed up for an animation with After Effects and PhotoShop class at community college. I failed. More accurately, I quit before I could fail. On the first day of class, we were supposed to make pieces of fruit and vegetables dance around the screen and eventually converge into a portrait. Like Mr. Potato Head, except it was a Mr. Pineapple Head. The broccoli floret was supposed to be nose. I just couldn’t get the fucking carrot sticks to bust a move; I couldn’t make it work. I finally got the teacher’s attention and asked for help. She came over and very quickly “explained” the steps. But she was a bad teacher. The kind that just does it for you really quickly and expects you to get it. I decided to drop out of the class because, if that was her MO, I knew I wasn’t going to learn anything, let alone turn produce into the Dancing with the Stars ballroom. In retrospect, I could have stayed and struggled but I didn’t because I didn’t like feeling stupid. That was the only time I didn’t get how to do something. That was the only time I’ve quit something. (Well, that’s not exactly true. I quit a theater acting class after the teacher called me a head in a cart. The world never got to see my Kafka’s Metamorphosis soliloquy, which I adapted and was going to deliver rolled up like a cockroach. But that’s another story.)

So for years I’ve been launching and closing and launching and closing PhotoShop and feeling quite retarded. Accepting that there might be something that’s difficult for you after a life of everything coming easily is a bitter process. But I have accepted it and Saturday I learned that you have to get past that fear of finding out you’re not all that in order to evolve into a better human being.

The first thing I told the instructor (Cosmo Segurson) is that PhotoShop is my archenemy. He told me he also struggled (hard to believe after seeing his work), and that if I kept on using it eventually I would get it. Sure, that’s what everyone says. These days I’m not the shy person I used to be and during class I became one of those annoying students who’s always raising her hand for help. I paired the gesture with the words “I don’t get it, I don’t get it,” and the instructor would run over. Now, that’s a good teacher.

When I finally got the hang of it, I became euphoric with the possibilities. If I stuck to it, I would be able to do stuff using Final Cut Pro and PhotoShop, software I already own. All I’d need is me, my camera and a higher tolerance for PhotoShop failure. More importantly, I am now armed with the knowledge that saying “I don’t get it” won’t fucking kill you.

Below is a very basic video I made in class. You don’t have to look very closely to see I suck at PhotoShop. However, I am happy to announce that, even though it took me all day yesterday, my skills have improved and I will have another sample to show you very soon. Triumph will be mine!