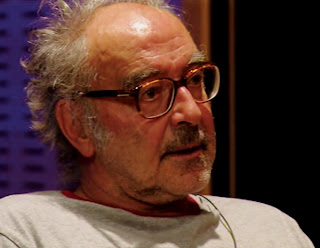 I just read this New York Times article where Jean Luc Godard says it’s our right to steal Intellectual Property and, despite my adoration for the man, I really don’t know how to feel about it since my dabbling-in-anarchism days are over.


I have great admiration towards musicians and their work, so I’m definitely against downloading (stealing) music. On the other hand, I’m glad music sharing is changing the music business and has almost put the big music labels out of business. Because they’re evil.

I’m always in favor of a good revolution, but this type of anarchism, although good for the public, is not always so good for the artist. Like most of artists, filmmakers and musicians, I don’t make a living making art and I have a day job. I’m okay with continuing to have a job as long as I’m free to do what I want to do, but it’d be nice to make a living doing what I love. Let’s face it, we all want that.

A few years ago I ran into a friend of mine from Tijuana and he told me he had seen one of my films in Mexican television. My jaw dropped. I thought about it for a second and figured out how they probably got the film. I was mad for about five seconds but then I realized how cool it was that people in Tijuana had seen a short about a lonely shopaholic who can’t cook a chicken and carries a Chia Pet wherever she goes. It would have been nice if they asked permission even if things in Mexico don’t really work that way, but hey, that’s not much of a complaint. The awesomeness of my film getting seen by a wide audience trumped any distribution technicality or payment of any kind. Although getting paid would have been sweet.

I am proprietary towards my work as it relates to its conception and creation, not so much with regards to distribution, but this statement makes me uneasy:

How can an artist work so hard and then have no rights? I guess it’s easy to believe that if you’re Godard. However, I have to be honest and reveal that I think it’s more than okay to download a Hollywood studio movie without paying for it. Mainly because I’d never do it since I have no interest in Hollywood movies. If you want to see Avatar on your computer screen, hey, be my guest. Seriously, go ahead. Do it. Fuck the Studio System. 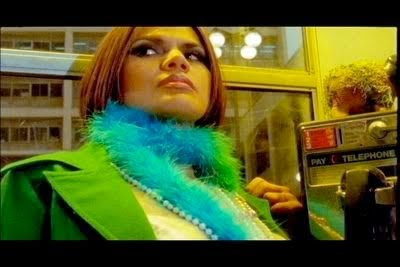